Zone Control Valve is switch that is part of the water supply / fire protection system in a building, which includes landing valves, water storage tanks and sprinkler systems. Its main purpose it to regulate water flow in the designated “zones” or areas and in some buildings, by floors / levels, thus named zone control valve.

Zone Control Valve is a system designed to separate the area in case of maintenance and to get the indication of fire zone on a combination of Butterfly valve, Flow Switch, Pressure Gauge and Test & Drain Valves. 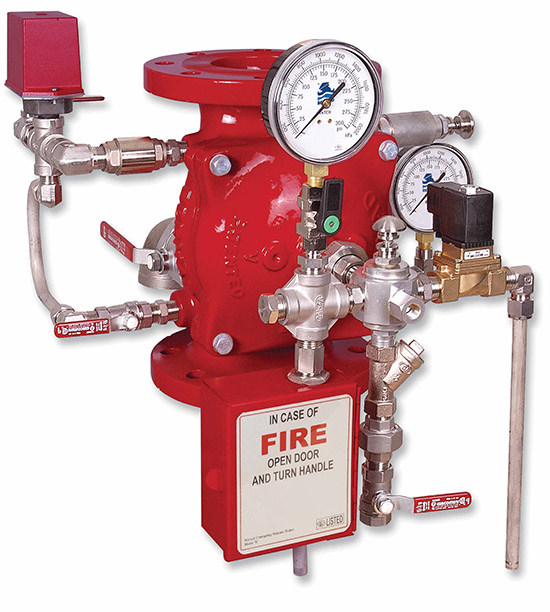 Designed and engineered for reliability and built with all the quality these Zone Control Valves are used to create and control individual zones or isolate equipment in a hydronic heating system. Zone valves as used in home hydronic systems are usually electrically powered. In large commercial installations, vacuum or compressed air may be used instead. In either case, the motor is usually connected to the water valve via a mechanical coupling.

For vacuum- or pneumatically operated zone valves, the thermostat usually switches the pressure or vacuum on or off, causing a spring-loaded rubber diaphragm to move and actuate the valve. Unlike the electrical zone valves, these valves automatically return to the default position without the application of any power, and the default position is usually “open”, allowing heat to flow.

Want to know more about Zone Control Valve?
Contact Us