Be Safe, Be Secure, Be Protected

A smoke detector is a device that senses smoke, typically as an indicator of fire. Commercial security devices issue a signal to afire alarm control panel as part of a fire alarm system, while household detectors, known as smoke alarms, generally issue a local audible or visual alarm from the detector itself.

Smoke detectors are the most widely known and commonly used initiating devices. They are used to detect a fire in its incipient stage by sampling air which contains particles of combustion in relatively small concentrations. Most smoke detectors are classified as either Ionization Smoke Detectors (physical detection) or Photoelectric Smoke Detectors (optical detection). Additional technologies used are duct smoke detection, air aspiration smoke-sampling, projected beam and duct detectors. 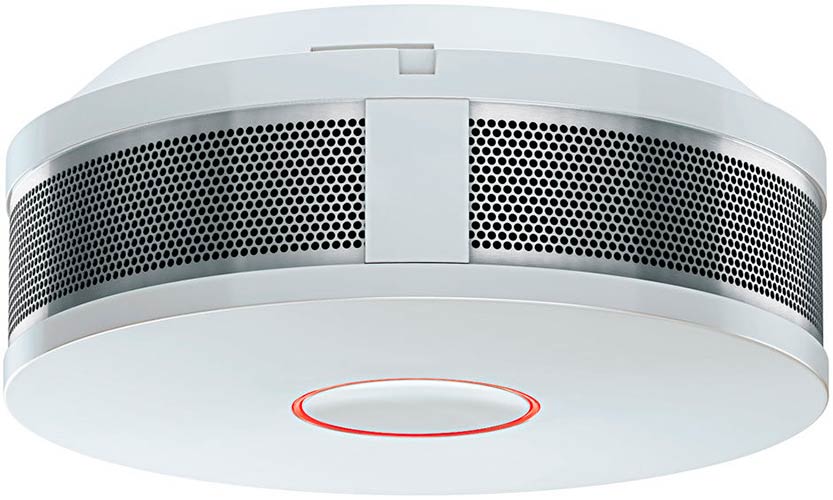 Photoelectric Smoke Detectors – The two types of photoelectric smoke detectors are light-scattering and light-obscuration. The light-scattering detector involves the projection of a light source within a smoke detection chamber. The presence of smoke particles within the chamber deflects light to a light sensor. The light sensor will transmit a detection signal to the fire alarm control unit if the deflected light increases to a predetermined level. The light-obscuration principle is slightly different from the light-scattering process. In the light-obscuration detector, light is projected directly onto a light sensor, and smoke reduces the amount of light that strikes the sensor. When light transmission to the light sensor decreases to a predetermined level, the detector sends a signal to the fire alarm control unit.

Projected-beam Smoke Detector – A projected-beam smoke detector consists of two components, a sender and a receiver. It operates on the smoke obscuration principle. The sender sends a beam of light to the light-responsive receiver, completing an electrical circuit. When smoke interrupts the beam projected from the sender to the receiver, the receiver notices the loss or lessening of signal transmission, and notifies the fire alarm control panel unit of an alarm condition.

Duct Smoke Detector – A duct smoke detector is specifically listed for determining hazardous smoke levels in heating, ventilating, and air-conditioning (HVAC) ducts. Duct detectors are mounted within a duct, or mounted outside of a duct with air-sampling tubes projecting into the duct. These units are listed as either photoelectric or ionization duct detectors, with specific listing up to a maximum velocity of air movement within a duct.